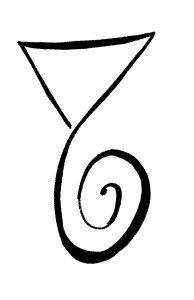 Let me break this down a bit, I have seen many individuals      attune to energy frequencies and feel better, there are just as many that feel as though they have been thrown under a bus and an equal number who don’t notice any change at all.  For me the worst part is those in the second two groups feel, (or are made to feel) they are unworthy in some way, not ready, or unprepared to make changes.  I see the truth here as, these are the groups that need guidance in their path rather than an incomplete chakra rendition and an energy buzz. To use your resources effectively, know at the outset whether you are seeking expansion into psychic abilities, you want to heal your life, or whether you want a combination of both. To do both you will find yourself engaged in a program of personal development with a spiritual element and it can truly change your life.

More and more attunements are being used as a means to self heal but they were never intended that way when you moved past Reiki 1, they were the tool of the master practitioner of the healing arts. In recent times  Mikao Usui initiated a resurgence in energy healing for the masses, He bought to the people something that had been held in monasteries, temples and mountaintop hideaways, It seemed no matter where you lived in the world, outside of India, you were required to make pilgrimage to gain healing from the masters.

Holding a doctorate in theology gained in Chicago he set about taking his spiritual beliefs and applying them to health practices for the masses. As a devout Buddhist any assertion that Reiki has christian origins were introduced much later by Hawayo Takata, who specifically wanted to expand the reach of Reiki practices into the western world and in so doing gained many wealthy entrepreneurial spirit hunters who were disillusioned with standard theological definitions and guidelines, these were not the masses seeking healing but those who wanted to become the healers, mastery took many years and as you can imagine cost a lot of money. As is true of any Buddhist spiritual practice, it was forbidden to women initially.

It is also a mistake to think this practice stemmed from a Buddhists interest in the methods of Jesus in the recounted healing miracles of the bible for obvious reasons, but let’s add to that Shugendo, an ancient and still used energy practice which likely forms the basis of modern Reiki Healing Practices. It is believed that Usui took at least one mountain journey in which he developed the ability to channel energy, the details are a bit sketchy but he would be well aware of Shugendo,  which incorporates Shinto and Buddhist practices. Roles of Shugendo practitioners include offering religious services such as divination, prayer ritual incantations and even exorcism. He was an unfailing student of God but more, I personally believe he was an unfailing student of belief and how it structures your life. In his lifetime he attuned only 16 masters of Usui Shiki Ryoho but attuned over 2000 individuals, he definitely saw a difference between attuning for healing and being a master of healing others, It is also clear that with only a few masters of Usui Shiki Ryoho, he saw mastery as a serious undertaking as it also meant the teaching of others, unfortunately this distinction seems to be lost today.

This is a newer modality in the single frequency energy movement. Patrick Zeigler introduced to the world in 1984 after spending a night in a pyramid and having an amazing energetic experience. He was already a Reiki Master/Teacher of note, but like many went seeking more, he studied shamanism and healing in Nepal, Saudi Arabia, India and Africa. Seichim was thought to be presented to him by the Egyptian Goddess Bastet, a goddess with a leonine head who’s powers of clearing the way and releasing obstacles made her both a fierce opponent and a determined ally, she most closely resembles the symbol known as Sei Hei Ki, I have no doubt that this symbol goes back before reiki and while it is popular to put everything in one place, it can lose it’s energetic value.

With a vibrant Egyptian energy Seichim became popular in Australia and New Zealand leading the way for a plethora of healing modalities and choices for anyone seeking practitioner status and Energy Therapy. It is common to find Energy Practitioners holding multiple Masteries, I like this as it means they have undertaken more learning and added an authenticity to their claims. It was because of this however, that i came to realize that even though these masters were selling their modaities as universal and complete, many of them were seeking to expand on that very modality and I was doing exactly the same. It was here that i stopped offering attunements as a less than adequate solution to life problems and development and started offering Vibrational Expansion as the first step to healing.

This was extraordinary as i had never heard the name of this frequency before and it initiated my first understanding of multiple frequencies, There are still many practitioners who use a single frequency even when they have multiple attunements, in fact, i too was doing this. Playing around with energy one day I heard Usui suggest i pull in my Seichim (my first mastery) and once i had done that he suggested i pull in my Reiki, as soon as I did this the polarization was immediate and of a long duration, for 30 minutes all i could do was sit there and wait for the process to complete. No symbols, no drama and far more than a few minutes. When it was complete I clearly heard the word reichim, a blend of the two frequencies already in my repertoire. It also became clear that there was only one other person in New Zealand who functioned this energy combo, getting in touch with her was amazing as everyone else was practicing their modalities as separate, or claiming they didn’t use it anymore when they found something new. What we had discovered was that the combined frequencies of reichim didn’t exclude the original frequencies, it became like a massive cable holding within it numerous other cables all with their own frequency within a complete vibration. I was ecstatic! This became what i used in any session, it was noticeable now that the energy would change in different parts of the body, going from hot to cold, intense or light at will, but not my will, the needs of my clients were being addressed a bit more completely. It was only a start but what a fantastic start it was.

Sisterhood of the Rose:

In the ancient order of the Sisterhood of the Rose, it took years to gain mastery over crystals, herbs, aroma, colours and earth elemental frequencies. twelve groups of twelve women were all sequestered to focus solely on the task of mastery in the healing arts, ultimately engaging the creative and changeable frequencies of the quantum field. When they finally came back into the world they found that their status had altered, the world had moved on and they could only play a supportive ,rather than a leading role. To this end they held their secrets rather than sharing them as the original intention,  gaining power from their energetic practices and status as healing priestesses. They claim the distinction of having Mary as an incarnated member with their origins stretching back over 300 BC. Today they are often referred to as The Council of twelve, much misinterpreted group as they have not left the earth, but their legacy of mastery lives on through millennium, it is said that the skills are innately acquired at birth for those who willingly follow the path of teaching, healing and truth as a single life purpose. 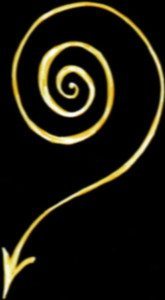 After learning and mastering (according to the teaching) a number of healing modalities back in the early 90’s, I found huge disparities between the teachings and what I needed to know if I wanted to be a practitioner of energy therapy, back then no one called it that, but it is how i framed my own practice. Most of what I learned of meta psychology, energy practices and basic aura came from a few well known sources, the reason being, I was paying for an attunement which didn’t include a lot of teaching. The single most disappointing thing about energy modalities even today is the lack of understanding that there is a difference between mastering a technique of energy therapy and getting an attunement, there is no qualification or distinction in the grab to make money, and yes, i really do see it as that. In my drive to master something elusive, i had many teachers, but it was quickly that human examples fell by the wayside and all of my teachers became subtle realm guides, past energy awareness and channeled information from those who really did master their understanding and practice. There was also a lack of humanity in the modalities i viewed, while all claimed healing none respected the human, i found then, and still find this disturbing.

To this end Vibrational Expansion is not a new name for older single frequency healing modalities, but a technique specifically multi frequency, there is no need to attune as such, but expand to achieve and add to what you already have, in this there is the ability to repair and sculpt from the cellular network up. For those receiving therapy, the changes are marked and inclusive of all their experience, they are also permanent. One session can initiate an emotional, attitudinal and physiological change with ramifications that extend into the next 12 months or more, moving a person to find their healing, to address their demons and change their health. It is an initiation of coherence. The vehicle does not always come around quickly depending on the weight carried and the resistance to change, for the initiate (seeker of healing) there may need to be a process or deliberate program of inner adjustment to speed things up, Life is meant to be lived not endured.

For practitioners the training program is comprehensive including twelve expansions in the areas being explored with each module and another six if going on to diploma level. For the recipient there is an expansion that suits their issue and solutions on any level, with the extra twist that the practitioner when experiencing a new frequency or group of frequencies also gains a spontaneous expansion adding to their repertoire. This came from being quite literally sent off to explore molecular rock and roll and then discover that even your little finger, utilizes thousands of frequencies simply to exist, then more to function, that every emotion and thought you have signals an exchange of energy within your body and this alters how you perceive things but also how you behave in any situation or in regard to what you see as solutions. In short I discovered that the very fabric of your being is an explosion of beautiful chaotic and interactive frequencies, it was a hopeless idea to even think of being able to attune to what each and every client may require on whatever level they may require it. Yes it is my baby, but it came about for valid reasons, and at the very least recognizes a genuine difference between a person experiencing expansion in a session or class, and a person who has mastered their craft.

is set up in compliance with the New Zealand Qualifications guidelines, in the event that official recognition or mandated practices are required in the future this course is well placed to transition directly to a recognized program.